Details for the Arena: “Pyramid”.

This document is a supplement to the general manual.

The Pyramid scenario has the same features as Asteroids. But it adds and modifies certain aspects. Let’s see them next: 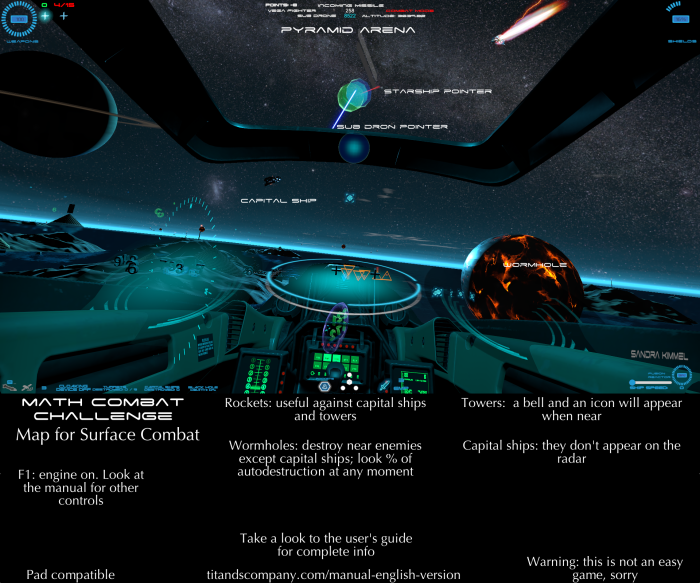 You can enjoy this scenario like the others, or take on challenges such as destroying the maximum number of capital ships, all the cannons, or any combination you deem appropriate. It won’t be easy. But we are not interested in making easy games or games that allow you to win by paying extras. We are old school, and we want to raise challenges. In the future we will add several new features. We hope you enjoy, and any suggestions, here we are. Thank you very much.