We have a new article on IndieDB: “Tactical combat: the basis to score and survive“. Here we talk about different tactics to score the maximum points in Stellar Sphere while trying to survive.

Meanwhile, 15 days to release the game, and the hard work continues. Thank you for your support! 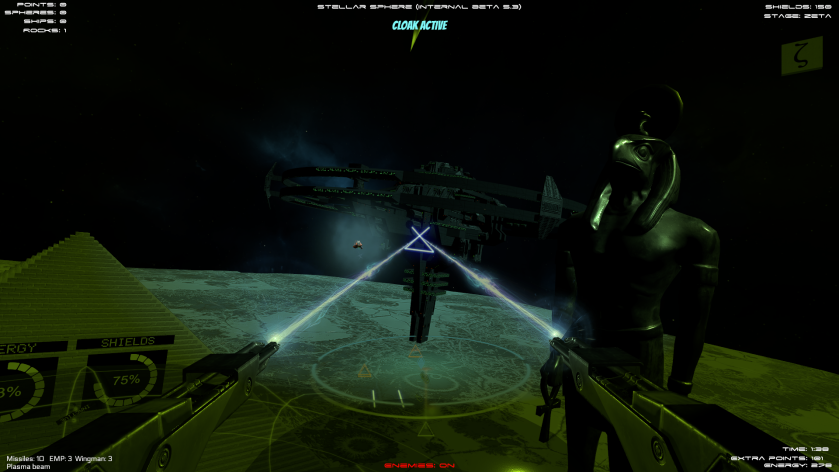 In this video we talk about the physics of the game around three basic elements: the Stellar Sphere, the Starship, and the gravity.

With this three elements combined, the player can choose how to configure the physics of the game in a way that can be adapted to any player.

The elements we talk here are related to Newton laws, and imply how the sphere and the ship moves and how friction affects the movement, and also if the player wants to activate gravity when playing.

Changing these parameters in the game using the config panels can dramatically modify the experience of the player. Sometimes easier, sometimes very hard.

The way you play is up to you: we give you the tools. You play the way you like it. The important thing is: never forget Isaac Newton!

You also have more info on IndieDB.

Sam is not a common bird. A high-level student, he chose architecture as his profession to build the most modern and sophisticated tree nests. But his passion is numbers. He can eat dozens of numbers in a day.

And he will eat the numbers you need to solve the mathematical panels proposed in Math Classroom Challenge. Don’t allow it. Don’t let him get away with this.

Sam is present by default in all the stages except the Moon stage. The player can deactivate Sam in the Config Panel. Sam will be eating numbers from time to time, and the player will lose the opportunity of adding the number he/she needs to complete the math panels. Because Sam is always searching the exact number the player needs to solve the math panels.

We hope this new feature can be of your interest. And we’re working with next version: “Save the seas”. More info soon. Thank you!

This is a short video featuring the main elements of Math Classroom Challenge Oculus Rift version. This version is almost ready, and will be uploaded to Steam and the Oculus Rift store very soon, in a few days. We’ll record a new complete video with all the the aspects of the game.

This game will also be available on the Steam Store with no Oculus requirements.

Meanwhile we project to port Math Combat Challenge to Oculus too after this release.

Thank you for your support.

This is a short video featuring the main elements of Math Classroom Challenge, the kids version of Math Combat Challenge. The game has the same features of the main game but without enemies, and with a water hose.The player can configure math, time and maximum errors.

Math Classroom Challenge for Christmas is the first version of a series that will be coming soon. Thank you for your interest. 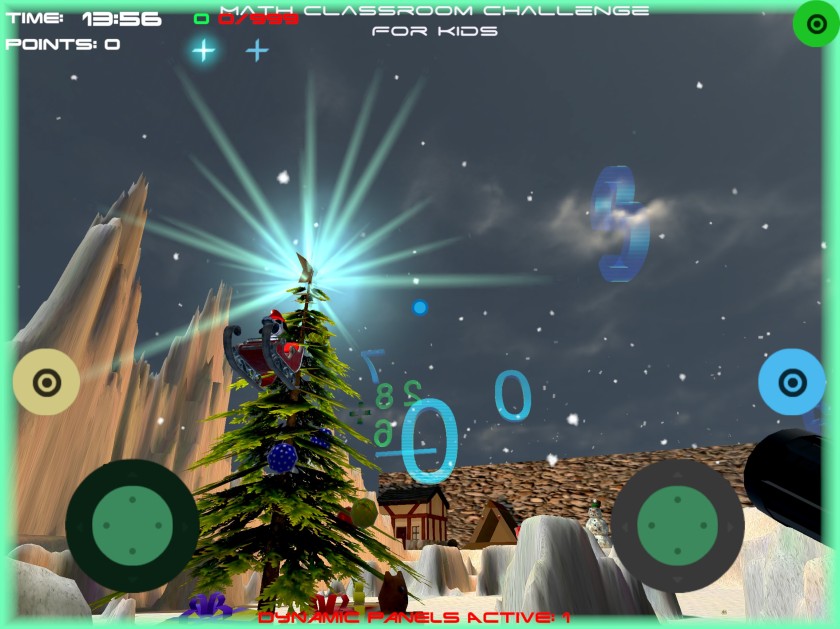 Math Garden for kids, the mathematical garden for all ages.

For the youngest members of the house,”Math Garden for Kids” is a new free scenario for the mathematical game “Math Combat Challenge”. Set in a garden, enemies are non-existent, weapons disappear, and instead the player carries a water hose. With this hose

you must wet the numbers that run through the stage, and that are the solution to the static panels generated, be it sums, subtractions, or otherwise, all this configurable.
The game incorporates a character, Benny, who helps the boys locate the numbers. Benny moves through the scenario indicating the right numbers to solve the exercises.

The game is accompanied by music and sounds suitable for all ages, and aims to encourage children to play math while playing.

The Math Garden is now available as a new scenario for the Math Combat Challenge in Steam for Windows, and soon for Mac, iOS and Android.

Over the weekend we’ve been working on a lot of aspects and improvements to the game. This video shows evidence of the main menus. We want the experience to be, from the beginning, the best for the player.

But we have a lot more to add after the release of the game. Including, let’s not forget, two new free scenarios.

This third and last tutorial explains how to fly and control the starship in open space. The video develops inside an asteroid area, so be careful. No time limit, but weapon, fuel and energy recharges are limited. We strongly recommend using a pad (Xbox, PS3/PS4 or compatible) but you can control the ship with the mouse and keyboard too.

In this second tutorial we explain how to combat in surface arenas. This tutorial has been recorded in the Stadium Arena.

The Stadium forces the player to work quickly solving math problems while trying to survive. Other arenas like the Titan Arena are bigger and with new elements like water, interiors, etc. The third and last tutorial will show the space combat with the starfighter.