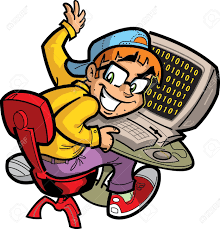 END_OF_DOCUMENT_TOKEN_TO_BE_REPLACED

When we talk about videogame development, we often read that the rate of project abandonment is very high. And it’s true; developing a videogame is about putting forward a basic and fundamental concept: it is a computer project that requires many hours of work, dedication, effort and sacrifice. To carry out a video game until it is complete, and that this videogame has a sufficient appearance and quality to attract the public is a very complex task.

There are many people who believe that a videogame is to prepare a small project in a few days, often based on prototypes, give it some personal touches, upload it to Steam, and start making money. They’re obviously wrong. That’s why we can see the huge number of projects that are published on Steam, and that are immediately forgotten. If you really want to stand out from the crowd, you need to create a game that is fun, attractive, with the right functionality, and with enough marketing to be seen among the many games that are published every day.

Creating a game in two weeks that is based on a prototype or an example taken from the Internet is not making videogames, it is wanting to take advantage of an opportunity to earn some money. And Steam’s audience knows it.

END_OF_DOCUMENT_TOKEN_TO_BE_REPLACED

This is a short video featuring the main elements of Math Classroom Challenge Oculus Rift version. This version is almost ready, and will be uploaded to Steam and the Oculus Rift store very soon, in a few days. We’ll record a new complete video with all the the aspects of the game.

This game will also be available on the Steam Store with no Oculus requirements.

Meanwhile we project to port Math Combat Challenge to Oculus too after this release.

Thank you for your support.

This week we are going to start introducing several new products. On the one hand, Math Classroom Challenge goes from iOS to Windows, in two versions: a standard version, with mouse and pad control, and a version for Virtual Reality, in SteamVR and Oculus Rift.

On the other hand, this same program, Math Classroom Challenge, will also have an augmented reality version for iOS. We’ll give more details soon.

Finally, Math Combat Challenge will also have a virtual reality version, once it has been verified that Math Classroom Challenge is responding correctly and we know the technology involved well.

We are also preparing some other surprises, which we will be presenting soon. Thank you very much for your support.