Perhaps the first question that arises is: what kind of game is Math Combat Challenge (MC2)?

MC2 is an educational game. It has many fights, many explosions, many shots, it’s true. But the basis of the game is not to win the enemy; The basis of the game is to solve the mathematical exercises that the game generates randomly, before time runs out in scenarios where there is a maximum time, and before making more errors of the maximum allowed.

The problem is that, while we try to solve those exercises, waves of enemies will try to prevent us from doing so. Of course, these waves can be disconnected if you want to in the options screen. If done, then the game is simply a game of mathematical problem solving. This allows to play to people of all ages, since you can configure very simple mathematical problems with a result of one or more figures.

MC2 could also be considered a survival game, since the player has to survive a series of tests, in this case math, and successfully overcome them. An online mode is foreseen, if the necessary support is obtained.

MC2 will go on sale in mid-July, with three PC and Mac scenarios, and is negotiated to be available on Xbox One. It will be Oculus and HOTAS compatible (a PS3/PS4 or XBOX 360/One controller will be included too). Two more scenarios will be included later for free. It will also include what we have called the Virtual Library. About that we’ll talk about later.

Also remember that this game is based on the novel “Messenger of the Nástrónd”. Although it is a story parallel to the book, there are elements that are intermingled in both cases.

And the future? There are many ideas on the table, some we think very interesting and fun from an educational and action vision. But we are going step by step before we bring events forward. At the moment, you’re going to have to hide the calculator, and get the neurons out. It’s math time! 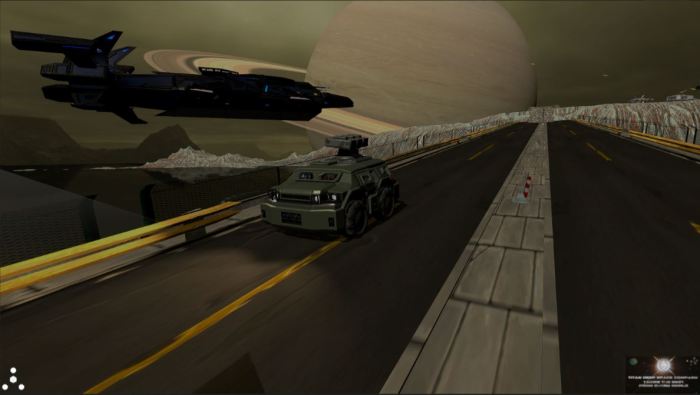